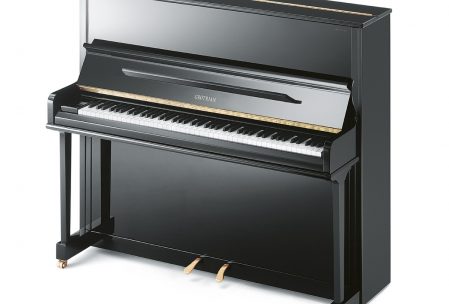 Markson Pianos are pleased to announce the introduction of legendary Grotrian Pianos at our showroom in London.

For over 180 years Grotrian Steinweg has been producing the highest quality pianos. Known for their uncompromising standards and unwavering attention to detail; these pianos have taken on almost mythical status amongst true piano enthusiasts.

Founded by Friedrich Grotrian in 1835; Grotrian pianos have always stayed true to their vision of producing only the most incredible instruments. Friedrich Grotrian himself famously said to his sons,  “Lads, build good pianos and the rest will take care of itself.” This statement crystallises the sentiment underpinning the Grotrian way. To this day, the instruments are still built in Germany of only the finest materials. Having been family-run for over 6 generations, Grotrian pianos are endowed with a sense of heritage seldom seen in modern instruments.

Interestingly, Friedrich Grotrian originally had a partner in what would become his family business and legacy—Heinrich Steinweg. This is where the name Grotrian-Steinweg originates. Years after the factory was opened, Steinweg moved to America where he changed his name to Henry Steinway and founded Steinway and Sons. Two legendary piano brands with a common origin.

Grotrian joined forces with The Parsons Music Group in 2015, another family-owned business headquartered in Hong Kong. With over 5000 personnel and 100 retail outlets of their own, the partnership between the two companies has given Grotrian an expanded economic platform upon which to grow. The additional resources have allowed Grotrian to develop a wide range of pianos. Despite the fact that some of these pianos are under different brand names; the attention to detail, innovation and craftsmanship remain at the highest level.

We have introduced two models of Grotrian-Steinweg pianos to our showroom.

Firstly, the Grotrian-Steinweg Model 113 Upright Piano with a black polyester finish. Though modest in its dimensions, this instrument is capable of a substantial depth of expression and sound. A small and elegant piano, made entirely in Braunschweig, Germany, provides a perfect starting point from which to explore the magic of these legendary instruments.

As well as the Model 113, we have also added the Grotrian-Steinweg Model 124 Upright Piano. The 124 delivers a clear and refined sound with magnificent acoustics and large action. An exceptionally versatile instrument that can be played with the passion of expression to deliver a performance that delights pianist and audience alike.

If you’re interested in learning more about Grotrian-Streinweg Pianos or would like to come and try one out for yourself. Please call us on 0207 935 8682 or visit our London showroom.

London's famous piano store, founded in 1910, is a fourth-generation family business. We specialise in the sale and hire of new and pre-owned acoustic and digital, upright and grand pianos.

We aim to offer good value for money, expert advice and unparalleled after sales service through the essential ingredients of a superb selection of pianos for sale and hire.